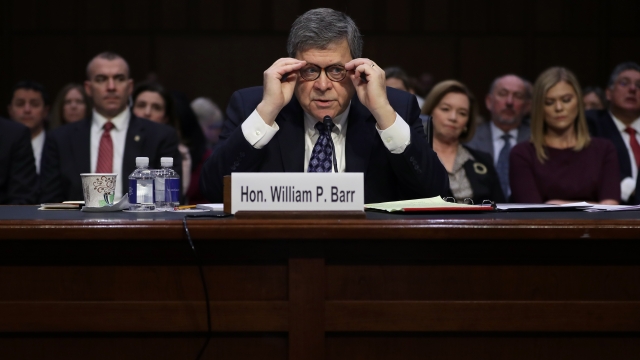 Since Republicans control the Senate, it's likely that Barr will ultimately be confirmed. But that doesn't mean lawmakers will make it easy for him.

Democratic leadership is interested in learning more about Barr's ability to be impartial while leading the Justice Department.

The nominee says he'll be able to withstand political pressure.

Despite having condemned Mueller's work in the past, the nominee said he won't interfere with the probe and thinks its results should be made public.

"My goal will be to provide as much transparency as I can, consistent with the law. I can assure you that where judgments are to be made, I will make those judgments based solely on the law and I will not let personal, political or other improper interests influence my decision," he said.

Then senators raised the topic of "the memo."

Some Democrats questioned why Barr would pen an unsolicited opinion, with one senator suggesting it was more of a job application.

"That's ludicrous. If I wanted the job and was going after the job, there are many more direct ways of me bringing myself to the president's attention than writing an 18-page legal memorandum," Barr said.

Along with answering the panel's questions, the nominee also pledged to continue enforcing some of the DOJ's priorities, including protecting the right to vote and the integrity of elections.