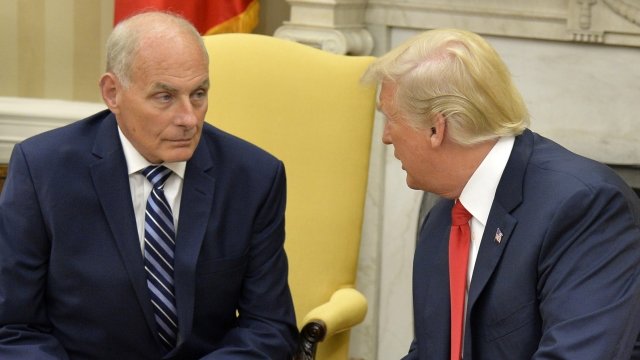 "Even the president of Mexico called me," Trump said. "Their southern border — they said very few people are coming because they know they're not going to get to our border, which is the ultimate compliment."

"On Mexico, he was referencing the conversations that they had had at the G-20 summit, where they specifically talked about the issues that he referenced," Sanders said.

Trump claims the other call was in response to his speech at the Boy Scouts National Jamboree on July 24. The political nature of the speech was publicly criticized, and the organization eventually apologized to its members and their parents. But Trump told The Wall Street Journal the head of the Boy Scouts called to compliment the speech. 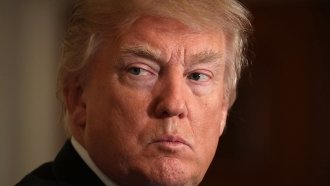 “I got a call from the head of the Boy Scouts saying it was the greatest speech that was ever made to them, and they were very thankful,” Trump said, according to Politico, which obtained and published a transcript of the interview.

A Scouts official says the organization isn't aware of any such phone call with Trump. But Sanders had an explanation for that, too.

She said it's "a bold accusation" to call what Trump said "a lie."