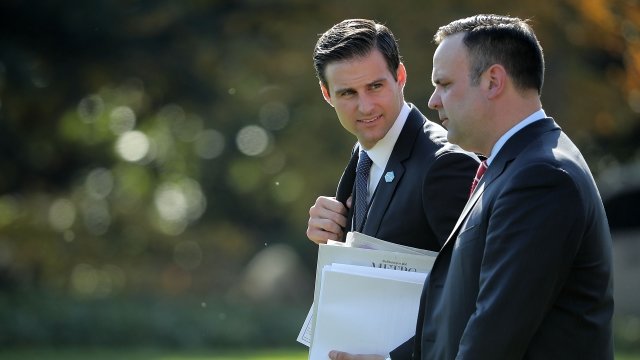 John McEntee was reportedly escorted from the White House over problems with his security clearance.

A unnamed source told CNN McEntee was fired because the Department of Homeland Security is currently investigating him "for serious financial crimes." Those crimes are reportedly not Trump-related.

News of McEntee's ouster came shortly after Trump announced he was replacing Rex Tillerson as secretary of state.

McEntee had worked for Trump since the early days of his campaign.