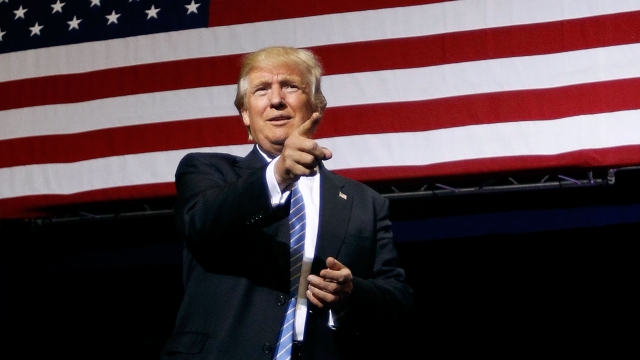 SMS
Trump's Pay-To-Play Bragging Makes This Controversy Hard To Shake
By Eugene Daniels
By Eugene Daniels
September 6, 2016
The Trump camp denies that an illegal gift to a political group was a bribe.
SHOW TRANSCRIPT

"You said recently, quote, 'When you give, they do whatever the hell you want them to do,'" Fox News' Bret Baier said to GOP presidential candidate Donald Trump.

Trump has made this assertion of being able to buy politicians over and over. Those statements, coupled with an illegal political gift and an abandoned investigation, have the Trump campaign fighting off "pay to play" allegations.

The presidential nominee's nonprofit, the Donald J. Trump Foundation, gave $25,000 to a political group supporting Florida Attorney General Pam Bondi, garnering it a $2,500 fine. But since Trump's nonprofit is a private foundation, it's not supposed to give money to political groups.

But the Trump Foundation reported the gift went to an unaffiliated charity in Kansas with the same name, which is obviously untrue. The Trump camp says both the gift and the wrong listing were mistakes.

Now this is where the pay-to-play allegations come in. Four days before the donation, Bondi told press her office was thinking of joining a "probe of Trump University's activities." But they decided not to join because of "insufficient grounds to proceed."

Trump hasn't been completely clear on why he gave the donation, but he praised Bondi as "a fine person, beyond reproach" and denies it was a bribe.

There's obviously no smoking gun at this point that Trump gave Bondi the money to back out of the investigation. But Trump's bragging about buying politicians could make this controversy a bit hard to shake off.