Trump's Health Insurance Actions Could End In A 'Death Spiral' 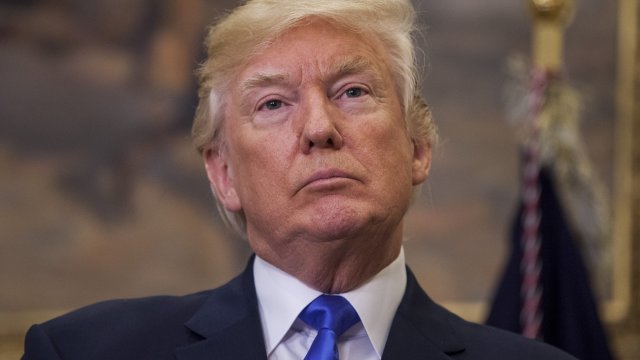 Trump's actions to modify the Obamacare insurance marketplace could result in higher prices and fewer insurers.

President Donald Trump might have dealt Obamacare insurance markets a death blow this week. His decisions to end key subsidies and focus on alternative health insurance options could wreak havoc for insurance companies.

Democrats only need to win 24 seats to take over the House of Representatives.

That wouldn't be as much of a problem if insurers were still getting an estimated $7 billion in subsidies to help them cover low-income customers. But the Trump administration's pulled the plug on those, making it even more expensive for insurers to participate in the market.

These changes will likely prompt insurers to either substantially raise their prices or abandon the markets altogether. And fewer, more expensive options could drive even more people out of the market, leading to what's known as a "death spiral."

A bipartisan effort to stabilize Obamacare is still kicking around in committee, but the White House says it won't support that effort.