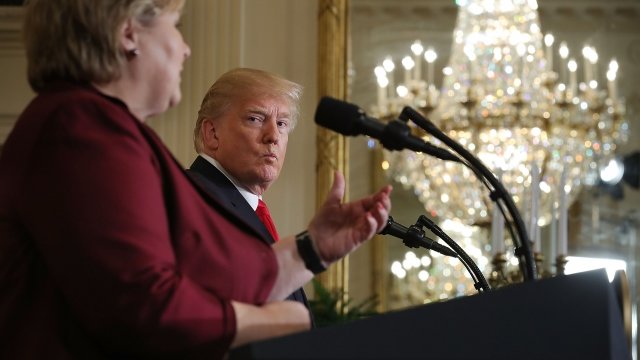 President Donald Trump met with Norwegian Prime Minister Erna Solberg on Wednesday. During a joint press briefing, the leaders largely focused on the countries' relationship. At one point, however, questions focused on another topic: Russia.

"I'd just like to say that it has impacted also in Europe," Solberg said. "I think all European countries who have had elections this year has been looking into, 'will there be any type of tampering others'."

Despite the alleged high alert in Europe, Solberg added that in her country's recent elections, Norway did not find evidence of foreign interference. 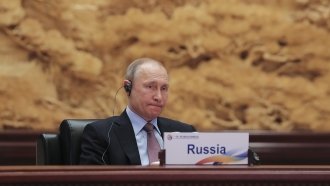 After Solberg's comments, Trump referred to the U.S.' investigation into collusion as a "witch hunt." When asked if he would be open to meeting with special counsel Robert Mueller, Trump repeated that there was no collusion.

"When they have no collusion, and nobody's found any collusion at any level, it seems unlikely that you'd even have an interview," Trump said.

Multiple outlets have reported that Mueller is likely to interview Trump soon.