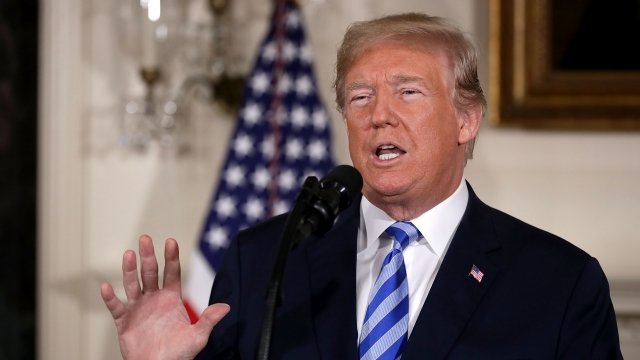 President Donald Trump and North Korean leader Kim Jong-un have plenty to talk about in their upcoming summit. And it's going to take a lot of talking to get them on the same page.

On paper, the U.S. and North Korea are entering the meeting with similar goals. Both countries have said they want peace between North and South Korea as well as a denuclearized Korean peninsula.

But the two sides have different ideas about how to get there. The U.S. wants North Korea to dismantle its nuclear weapons program as soon as possible. Until that happens, Trump says he's reluctant to let up on the strict sanctions against the North. 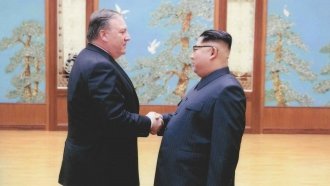 That's not going to go over well with Kim. North Korea envisions denuclearization as a gradual process that's accompanied by reciprocal measures from the U.S.

The country might be looking to exchange nuclear capability for relief from international economic sanctions — though North Korea denies those sanctions are what drove it to negotiate.

It's also possible Kim is looking for legitimacy on the world stage. Regardless of how it goes, Kim could use the summit as evidence that his regime is strong and stable enough to bring the U.S. president to the table.

Denuclearization will be the main focus of the meeting, but it's possible some other issues might come up. The North could try to nudge Trump toward reducing the U.S. troop presence in South Korea, and advocates want Trump to press Kim on North Korea's grim human rights record.