'Mr. Kurd' Explains Why He's Embracing Trump's Nickname For Him 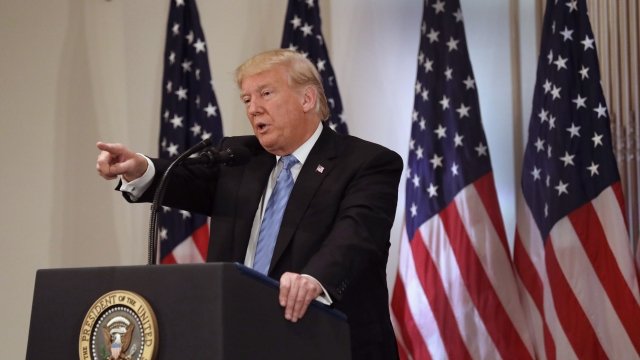 By Matt Picht
September 28, 2018
President Trump's "Mr. Kurd" remark during a press conference didn't come off as offensive to the journalist it was directed at.
SHOW TRANSCRIPT

President Trump took questions from two Kurdish journalists during his press conference at the United Nations Wednesday. And the way he addressed those journalists sparked some backlash. 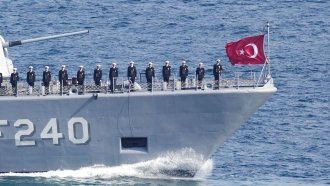 After Nine Decades, Is Our Partnership With Turkey Nearing A Break-Up?

Rahim Rashidi is the D.C. Bureau Chief for Kurdistan 24, and a reporter for Kurdistan TV. Thanks to Trump's he's also known to the world as "Mr. Kurd" — a title he says he's proud of.

Rashidi told Newsy, "When he called me Mr. Kurd, that is very, very positive message for us."

"For me, that means a lot. He respects me. He recognized my nation."

"Kurdish identity has been denied in the Middle East for at least a century since the collapse of the Ottoman Empire. ... So when you call somebody Mr. Kurd, for a Kurdish person that is recognizing that identity that has long been denied by different Middle Eastern governments."

Rashidi said, "He said before, "I love the Kurds, I love the Peshmerga, they are good fighters.' But this is not enough for us. Our identity, our nationality, our cultures, all the time denied, under attack by Turkish government, by Iranian government, by Syrian government. Honestly, by Iraqi government too."

Abdulla said, "From the reactions I've seen on social media from the Kurdish people, it was an indirect message to the dictators of the Middle East. To President Erdogan in Turkey, to Khamenei in Iran. To Bashar Assad in Syria. Maybe Trump didn't mean to send that message, but it was a message that Kurdish identity does exist, that Kurdish people do exist, and their rights must be recognized."

In his actual answers, Trump effusively praised the Kurdish people for their role in the fight against the so-called Islamic State in Syria, or ISIS.

Kurdish militias in Syria have been one of the most reliable U.S. proxies for pushing back ISIS, and the U.S. has offered military aid to those groups in return.

But for Kurds in the region, the next big question is what will happen after the fight against ISIS is concluded.

Rashidi said, "His answer was very very great and powerful for Kurdistan. We have a scary situation, because U.S. foreign policy is not much clear for us. And his message is very very powerful, very positive, and makes clear and more than clear for us and for our enemy: 'OK, don't think U.S. wants to leave quickly. U.S. wants to stay here."

Abdulla said, "That's actually a huge fear among the Kurds, that once the fight against the Islamic State is over, which we're almost there, the Kurds will be disposable. The US will pull out of the Middle East and the Kurds will be at the mercy of these authoritarian governments."

"You don't really have a lot of pro-American forces in that part of the world. . ... The Kurdish people, I think, would even be happy to see a permanent U.S. military base in both Iraq and Syria. They see that as a safeguard against all the hostile powers or regimes in the Middle East."