Trump's Military Parade Could Cost More Than We Thought 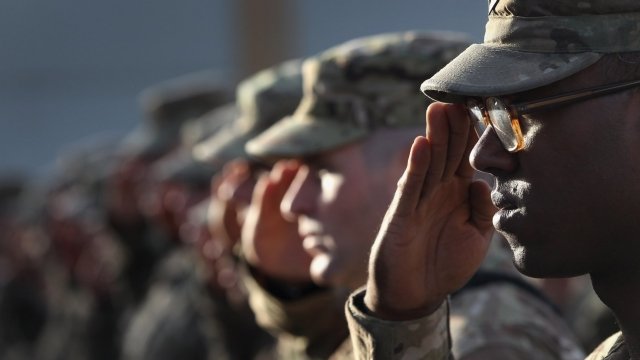 The estimated cost for President Donald Trump's proposed military parade just got a lot higher — $80 million higher, to be exact.

The parade, which was reportedly inspired by Bastille Day celebrations in France, was originally estimated to cost around $12 million.

But according to a report by CNBC, the estimate is now closer to $92 million. That number includes $50 million from the Pentagon and $42 million from interagency partners like the Department of Homeland Security.

It's a big chunk of change, but to put it in perspective, President Trump just signed off on a $717 billion military spending bill. A $92 million parade would account for about 0.01 percent of that.