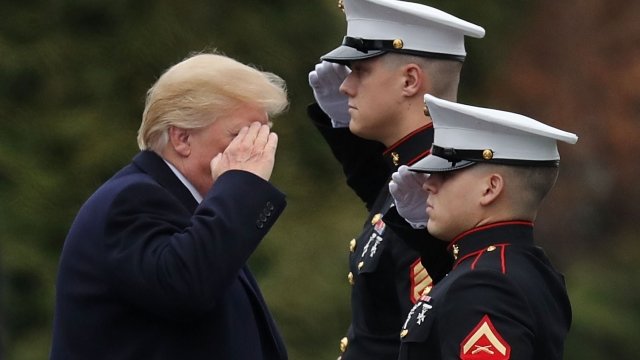 SMS
President Trump's Military Parade Could Cost Up To $30 Million
By Jake Jones
By Jake Jones
February 14, 2018
The last time the U.S. held a military parade was in 1991 to celebrate victory in the Persian Gulf War.
SHOW TRANSCRIPT

President Donald Trump's requested military parade is going to cost taxpayers between $10 and $30 million dollars, according to Office of Management and Budget Director Mick Mulvaney.

It's been close to three decades since the U.S. had a military parade; the most recent was to celebrate victory in the first Gulf War.

The White House said Trump requested the parade out of support for U.S. service members. Mulvaney said the exact cost would be determined by a number of factors, like how long the parade lasted and what equipment was involved.