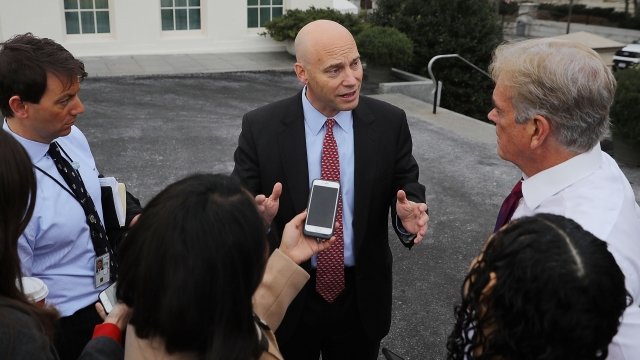 Another Trump administration employee is reportedly headed out the door.

Short reportedly has several post-White House gigs lined up, including teaching at the University of Virginia's business school and a job with a consulting firm.

It's Short's job to help guide President Donald Trump's legislative agenda through Congress. Before he was chosen to head up the legislative affairs office, Short worked as one of Vice President Mike Pence's senior aides during the 2016 campaign.

Politico says Short wouldn't comment on the record about his reported plans to leave. An unnamed source told the outlet Short would be departing the White House by July 20.