Trump's Lawyers Will Answer Some Written Questions From Mueller 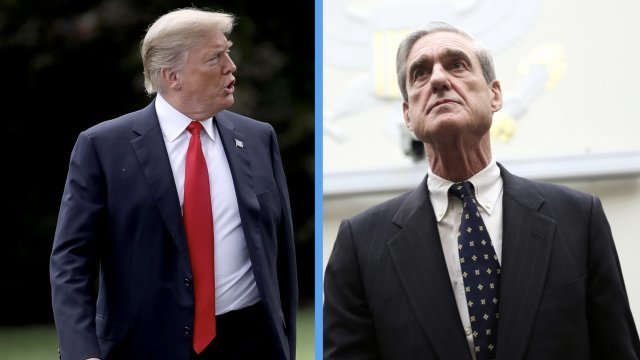 SMS
Trump's Lawyers Will Answer Some Written Questions From Mueller

By Stephanie Liebergen
October 11, 2018
Special counsel Robert Mueller has been trying to get an in-person interview with President Trump for more than a year.
SHOW TRANSCRIPT

Special counsel Robert Mueller might get some answers from President Donald Trump soon.

Sources say the president's legal team is getting ready to respond to some written questions from Mueller.

The questions will reportedly focus on possible collusion between Trump associates and Russia. But it seems Mueller's team will not ask about possible obstruction of justice in the firing of former FBI director James Comey. As Newsy previously reported, executive privilege could complicate those questions.

The special counsel and his team have been trying to get an interview with Trump for over a year, and an in-person interview is still a possibility. Trump told Fox News Thursday morning, "I'll do what is necessary to get it over with."