Trump Wants A Line-Item Veto. The Constitution Could Get In His Way. 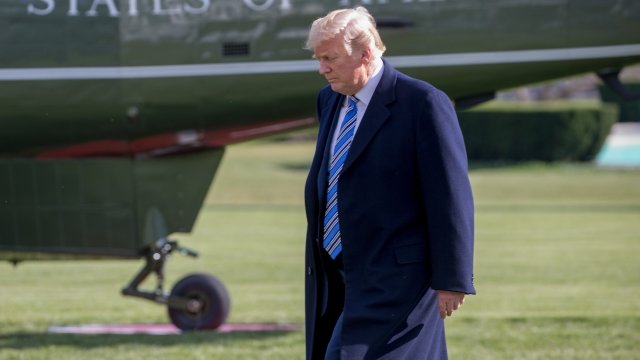 "I think they should give the president a line-item veto. Congress could pass a rule, OK, that allows them to do it," Treasury Secretary Steven Mnuchin said on "Fox News Sunday" recently.

There's just one problem with the Trump administration's view on line-item vetoes: They're unconstitutional. You've heard of a presidential veto before; it's a bedrock of our three equal branches of government.

A line-item veto is basically the same, with one big difference: It gives the executive branch the power to go line-by-line in a bill and veto specific sections before signing it.

Presidents love it, and many have asked Congress to give it to them. And it makes sense from their side; it gives them the ability to only sign bills that push their agenda. But, like we said, it's unconstitutional.

We know that because of the Line Item Veto Act of 1996, passed during the Clinton years. Sen. Bob Dole introduced it, and it gave President Bill Clinton the power to line-item veto budget bills, specifically. It was an attempt to get rid of waste and fix the federal deficit.

The New York Times reported that 16 months after it became law, Clinton used it 82 times for 11 laws. But he ran into trouble when he used the power to cut a tax break tied to Medicaid funding out of a 1997 budget bill. New York City sued the White House over it.

Clinton v. City of New York made it all the way to the Supreme Court, which ruled 6-to-3 against the president. Justice John Stevens wrote the majority opinion that stated line-item vetoes were the "functional equivalent of a partial repeal even if a portion of the section is not canceled." 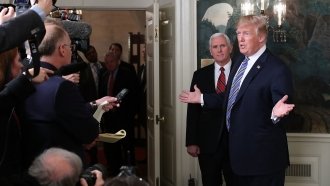 Basically the court found it unconstitutional because it gave the president complete power to change the actual text of laws; that's not something our Founding Fathers wanted. If Congress wants to get rid of spending, it would have to do it on its own and get the president to sign or veto a full bill.

To get this changed, Congress would have to amend the Constitution, which is purposefully not an easy task and pretty unlikely.

It's easy to see why President Donald Trump would want a line-item veto; he used to run a company with his name on it where whatever he said was the law, after all. But that's just not how the system is set up, and that's not likely to change anytime soon.