Allies And Rivals Both Have Trouble Navigating Trump's Foreign Policy 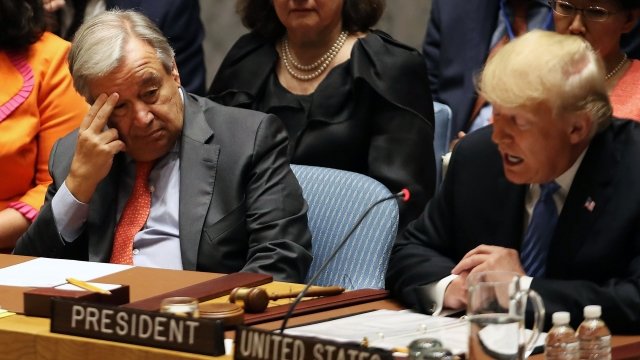 SMS
Allies And Rivals Both Have Trouble Navigating Trump's Foreign Policy
By Jay Strubberg
By Jay Strubberg
September 26, 2018
From trade to immigration to climate change, President Trump has been a disruptor on the world stage.
SHOW TRANSCRIPT

President Donald Trump has been a disruptor on the world stage since taking office. He seems to see most of his moves as business transactions, and that often catches U.S. allies off guard.

Those moves include pulling out of international agreements, limiting the intake of refugees, placing tariffs on other countries' products and preaching sovereignty Tuesday at the U.N. General Assembly.