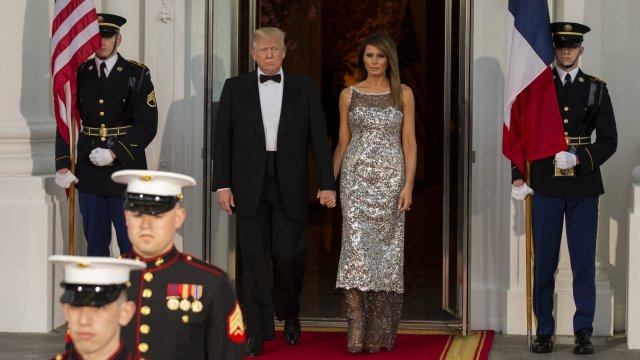 President Donald Trump and his wife Melania welcomed more than 100 people to the White House for his administration's first state dinner Tuesday evening.

The entire evening honoring French President Emmanuel Macron was carefully planned by the first lady — right down to the 1,200 cherry blossom branches used as decorations and the china from the Clinton White House used for the meal.

Unsurprisingly, the president extended invitations to a number of high-profile businesspeople, like 21st Century Fox Chairman Rupert Murdoch and Apple CEO Tim Cook. A couple of U.S. Olympians made the cut, too.

Before the media left the dinner, Trump toasted Macron.