Trump Needs A Solicitor General, And His First Pick Just Bailed On Him 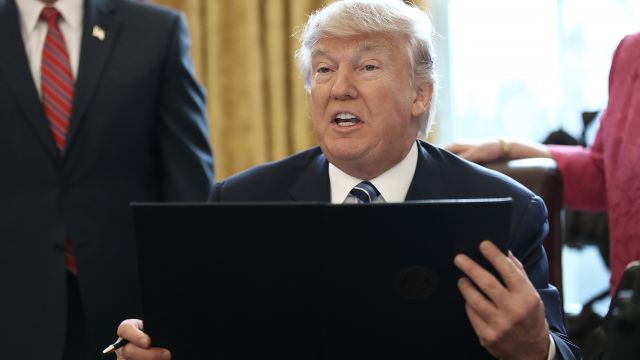 Trump was reportedly considering Charles Cooper for the role — until Cooper rejected the prospect.

It seems like President Trump isn't going to let the judicial suspension of his executive order on immigration stand.

But to challenge the hold any further, the Trump administration will have to take its case to the Supreme Court. And to do that, they'll need a lawyer.

The Department of Justice's solicitor general represents the government during Supreme Court cases.

But he's been kept off this case so far since Francisco's former law firm, Jones Day, filed a brief opposing the Trump administration.

Trump hasn't formally nominated his pick for the job yet; D.C. lawyer Charles Cooper was in line for the role but took his name out of consideration Thursday.