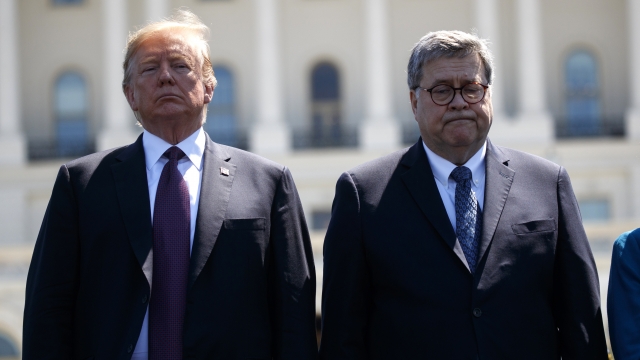 Between now and the end of President Donald Trump's term, his administration plans to execute five federal prisoners, setting a deadly record for the administration and creating a controversial political precedent.

There had been no federal executions for 17 years before the Trump administration restarted the practice on July 14.

Since then, the Trump administration has carried out seven more lethal injections with five more scheduled before President-elect Joe Biden is sworn in, including the first woman in nearly 70 years. That would be the largest string of federal executions by any administration in American history.

DUNHAM: "This is an administration that has used the Department of Justice as a political weapon. And the way it's approached the death penalty is just a further example of that."

The next scheduled execution is Brandon Bernard on Dec. 10. Bernard was convicted for the kidnapping and killing of two Texas youth ministers. While Bernard has never denied his involvement, his legal team says he never shot anyone and didn't intend on killing anyone.

Since Bernard was put on death row, five of the nine jurors who voted for execution in the original case have submitted letters saying they no longer believe the death sentence is appropriate.

And since an execution date was scheduled for Bernard, one of the prosecutors who argued his guilt in court published an op-ed pleading for Bernard's life.

Bernard's case has also caught the public’s attention. More than 75,000 people have submitted letters asking for the president to commute Bernard's sentence, and Kim Kardashian asked for his life to be spared on Twitter.

Despite the outpouring of support, the execution is scheduled to proceed and his legal team is running out of options.

BROWNSTEIN: "It's an uphill battle. I mean, we're asking the president of the United States to commute Brandon's death sentence to a sentence of life without parole. We think we have the facts and the mitigation and, and the law behind us for President Trump to do that. … But it is an uphill battle."

If Bernard is granted a stay, he may be able to avoid execution when the new administration takes office.

President-elect Biden has mentioned in the past he wants to get rid of the death penalty at the federal level.

As for the Trump administration, a DOJ official told the Washington Post: "This has nothing to do with who’s coming into power. It shouldn’t be a Republican or Democrat thing. It’s the law.”

According to the Death Penalty Information Center, for every eight and a half people who are executed, one person is wrongfully convicted, wrongfully sent to death row and then exonerated.