Cutting This Immigration Program May Lead To More Illegal Immigration 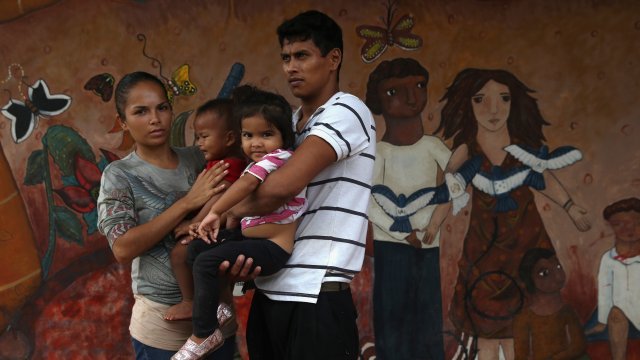 The Trump administration has terminated a program that gave at-risk Central American minors a legal way to temporarily reside in the U.S.

On Wednesday, the Department of Homeland Security pulled the Central American Minors program, which was under review following an executive order in January mandating stricter immigration parole standards.

The move is part of Trump's crackdown on immigration. But it also may undermine his efforts to stop illegal smuggling.

The program allowed children under the age of 21 in dangerous situations with at least one parent lawfully living in the U.S. to gain temporary legal status.

It applied to children who did not qualify for refugee status.

The program gave parents another legal option to bring their children to the U.S. Advocates believe removing that option could prompt more parents to turn to smuggling and other illegal methods.

The program was launched in 2014, as a surge of unaccompanied children swamped border patrol stations and overloaded immigration court proceedings. The Obama administration said violence and other risk factors for minors were behind the surge.

The Trump administration ended a similar program in June, which was meant to help keep mothers and children seeking asylum out of detention centers while they waited for their claims to be processed.

Meanwhile, forward motion on another effort to control immigration — Trump's border wall project — is slow. The House of Representatives just approved $1.6 billion for it as part of a spending bill, but that measure might not be well received in the Senate.

Trump's major policy goals might need to be run passed Congress, but his executive power has given Trump plenty of leeway to reshape U.S. immigration.