Trump's Claim On Clinton's Refugee Stance Is Sort Of True 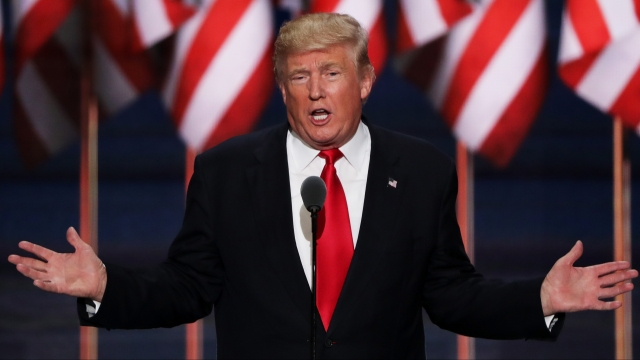 "My opponent has called for a radical 550 percent increase in Syrian refugees on top of existing massive refugee flows coming into our country already under the leadership of President Obama. She proposes this despite the fact that there's no way to screen these refugees," Donald Trump said while accepting the GOP nomination for president Thursday.

This is a pretty popular sound bite for Trump. But is it actually true? Well, sort of. President Obama has called for the U.S. to accept 10,000 Syrian refugees, and Hillary Clinton wants a lot more.

SEE MORE: Why Hasn't The US Admitted More Syrian Refugees?

And both of those numbers are still a drop in the bucket of the more than 4 million Syrian refugees.

But Clinton has also said she's not suggesting blindly accepting just anyone from Syria like Trump suggests. And we already do have a pretty intense refugee vetting process in place.

"We also have to be vigilant in screening and vetting refugees from Syria, guided by the best judgment of our security and diplomatic professionals. Rigorous vetting already takes place while these refugees are still overseas, and it's a process that historically takes 18 to 24 months," Clinton said.