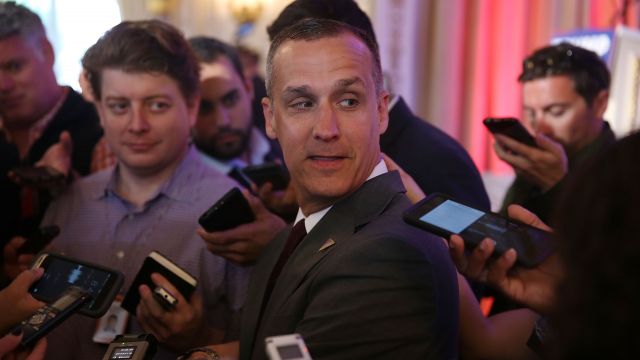 Corey Lewandowski was accused of roughly pulling a reporter away from the candidate.

"If we know in advance that reasonable doubt exists and we're not going to be able to get a conviction, ... we can't ethically file those charges," State Attorney David Aronberg said.

Florida prosecutors have opted not to charge Donald Trump's campaign manager, Corey Lewandowski, with battery after he was accused of forcefully grabbing then-Breitbart reporter Michelle Fields at a Trump event last month.

State Attorney David Aronberg said he decided not to charge Lewandowski despite video showing the alleged battery, because there wasn't enough evidence to prove Lewandowski was acting outside of his role to protect Trump.

Fields, who, according to prosecutors, was "disappointed" in the ruling, confirmed on Twitter the state tried to get Lewandowski to publicly apologize in lieu of prosecution. She was apparently on board, but the defense never produced more than a draft apology.

The incident prompted Fields and several other Breitbart reporters to resign from the outlet because of its perceived lack of support for her. The Trump campaign has vigorously defended Lewandowski, but Politico reports he's been losing clout within the campaign since the incident.

This video includes a clip from the Jupiter Police Department.