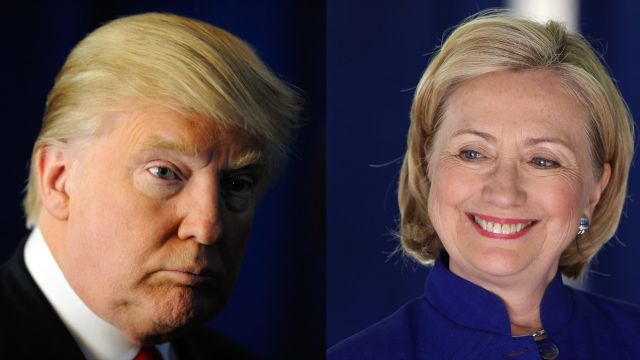 This campaign season, the wage gap between genders is an issue that keeps coming up, and the Boston Globe reports one candidate is less likely to pay men and women equally.

That candidate is Donald Trump. In an analysis of the Trump campaign's April payrolls, the Globe found that Trump paid men 35 percent more than women — a bit larger than the national gender wage gap.

On the other hand, the Globe's analysis shows Hillary Clinton's campaign paid men and women much closer to the same amount, with men making about 1.4 percent more on average.

The Globe also found an almost 50-50 gender split on Clinton's staff, whereas only 28 percent of Trump's staff members are women.

Clinton's campaign is also much more racially diverse, with a third of her staff comprised of minorities compared to Trump's 9 percent.

This isn't the first time Trump has been accused of not paying men and women equally. In January, a former Trump staffer sued him, saying his campaign paid men almost twice as much as women.