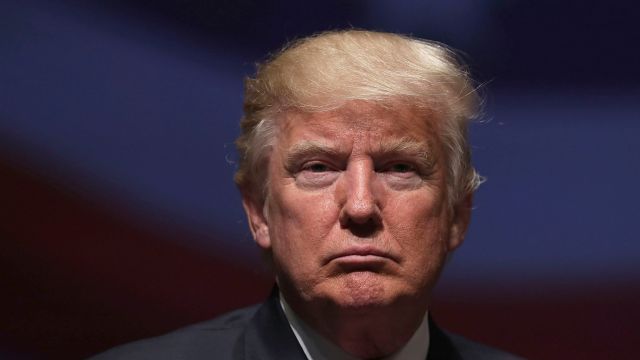 By accident or by design, Trump appears to be the first U.S. president (or president-elect) to formally communicate with the Taiwanese president in over 30 years.

The president-elect has been fielding phone calls left and right from world leaders around the globe. Trump had a call with Taiwanese President Tsai Ing-wen on Friday.

The substance of the call wasn't all that remarkable. Tsai congratulated Trump on his win, and the two leaders reaffirmed close ties between the two states.

Here's the problem: The U.S. doesn't officially recognize Taiwan as an independent nation. It's been considered a Chinese territory by the U.S. State Department since 1979.

That's not to say the U.S. has zero contact with Taiwan. The Obama administration authorized the sale of almost $2 billion of weapons to Taiwan last year despite China's objections. The official line on Taiwan is part of a careful diplomatic balancing act for the U.S. to maintain good relations with the two rival countries.

And China usually comes down hard on any attempts to formally recognize Taiwan as an independent nation. Already, the country has lodged a formal complaint against the U.S. urging the states to honor the "one-China" policy.

That "one-China" policy says Taiwan is part of China. Although the U.S. didn't necessarily endorse the policy, it basically agreed not to meddle.

But relations between the incoming Trump administration and China were probably always going to be difficult. On the campaign trail, Trump repeatedly threatened to start a trade war with China.

It's also worth noting that Trump currently has some business interests in Taiwan. The mayor of Taiwanese city Taoyuan says Trump's company is considering building hotels and resorts in the region.

Correction: A previous version of this article said the U.S. endorsed the one-China policy in the 1970s. Although the U.S. "acknowledged" China's position on the matter, it did not go so far as to officially endorse it.