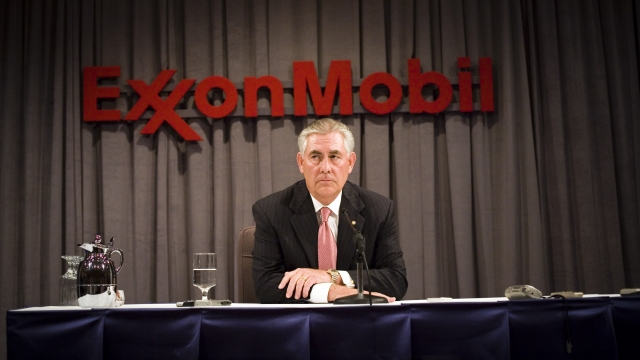 The Cabinet members will have a harder time getting away with conflicts of interest than the president-elect.

Donald Trump's Cabinet picks have to do more to get rid of conflicts of interest than he does.

According to U.S. Code, executive branch public officials could be subject to criminal penalties for conflicts of interest. But that same code exempts the president from those requirements.

That doesn't mean Trump's conflicts of interest are OK. It just means they're not illegal until actual corruption occurs.

And like Trump, his Cabinet is extremely wealthy, with plenty of opportunities for conflicts of interest. The Cabinet is actually wealthier than the bottom third of Americans — that's the combined wealth of 43 million Americans.

One example of a potential conflict is Trump's choice for labor secretary: Andrew Puzder, the millionaire CEO of the fast-food company behind Hardee's and Carl's Jr. As labor secretary, he'd oversee his own company's compliance with labor laws, which means he'll likely have to divest his stock.

SEE MORE: Who Can Hold Donald Trump Accountable On Conflicts Of Interest?

Trump has tons of similar conflicts of interest across the globe, but he won't be forced to do anything — just expected to.

Oh, yeah — and remember the big deal around Trump not releasing his tax returns?

Unlike Trump, his Cabinet might actually be forced to release their tax returns.

That's because most of his Cabinet picks will have to be confirmed by the Senate, where Democratic leaders have said they'll try to force nominees to produce tax returns.

SEE MORE: Trump's Businesses Made An Unprecedented $12.5M Off His Campaign

That means we'll probably know more about the Cabinet's finances than we will about Trump's.