Trump's Business Ties In Turkey Might Already Be Causing Problems 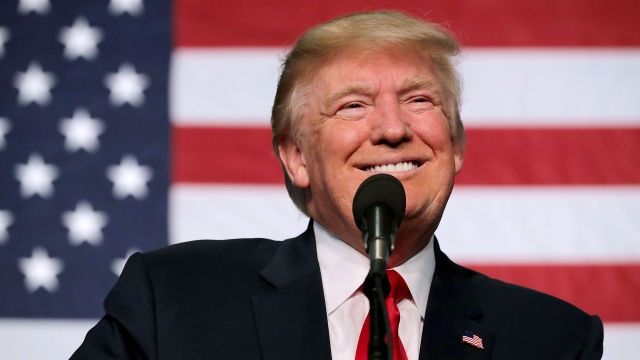 SMS
Trump's Business Ties In Turkey Might Already Be Causing Problems
By Briana Koeneman
By Briana Koeneman
December 13, 2016
According to a new report from Newsweek, Turkey's government is leveraging Trump's business ties in the country to get something it wants very badly.
SHOW TRANSCRIPT

It seems those potential conflicts of interest from Donald Trump's business ties are already causing problems.

A new investigative report from Newsweek alleges Turkey's government is already leveraging Trump's business dealings in the country in exchange for something it wants very badly. And it all starts with the Trump Towers in Istanbul.

Trump himself didn't build these towers. Their developer, Dogan Holding, paid Trump's company millions of dollars to use the President-elect's name.

According to Newsweek's report, when Turkish President Recep Tayyip Erdoğan called Trump to congratulate him on winning the presidential election, Trump praised one of Dogan Holding's senior executives by name.

A few weeks later, a top executive from that company was arrested. The questionable charges allege that executive was involved in the attempted military coup that happened in Turkey in July.

Turkey believes an imam named Fethullah Gülen is the mastermind behind the attempted coup. Gülen is living in Pennsylvania, and Turkey has been trying to convince the U.S. to extradite him back to Turkey.

Newsweek's report says by detaining Trump's business associates, Erdoğan is essentially trying to blackmail him to get Gülen extradited.

Newsweek's report is based on an anonymous source who has contacts inside the Turkish government. It has not been verified by other news outlets, but if true, it highlights the fears that Trump's business dealings could affect his decisions as president. Trump has yet to comment on the report.