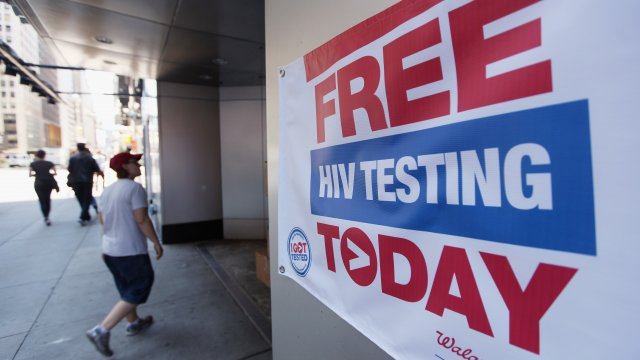 President Trump is asking Congress for millions of dollars to jump start his ambitious plan of eradicating HIV transmission in the U.S. by 2030. But he might need even more than he asked for to meet his goals.

Advocates are optimistic but cautious about the idea. David Stacy works for the the Human Rights Campaign, an advocacy group for the LGBTQ community, one of the groups heavily impacted by HIV-AIDS.

"I think there was widespread agreement that trying to end the epidemic in 10 years is a good goal and the immediate reaction I think in most of the health care community is show us the money," Stacy said. "It's going to take money to do this, we have to get people on health care, that's critical and then we need to make sure we're spending the money on the treatment and the research and the efforts to stop the transmission."

About 40,000 people were diagnosed with HIV in the U.S. in 2017. The White House plan would target 48 counties, Washington, D.C., San Juan, Puerto Rico and rural areas in seven states where most new HIV cases occur such as Arkansas, Alabama, Mississippi, South Carolina, Kentucky, Oklahoma and Missouri. According to the CDC, most new HIV cases took place in the South.

"One of the reasons I think the epidemic is becoming more severe in the South is because of lack of access to health care," Stacy added. "A lot of those states did not take the expansion of Medicaid that was created under the affordable care act. And therefore there's not access to that health care. If you don't know your status [and] if you're not on the medication you're going to be more likely to transmit the disease."

The request would provide $291 million in the first phase of the 10 year plan. That money could be used to diagnose and treat those with the virus and to get those most at risk on drugs like PrEP, which significantly reduces the likelihood of HIV infection.

Health and Human Services Secretary Alex Azar said in a statement the president's budget "provides historic new funding" to the fight against HIV. But advocates say the White House will have to ask for a lot more money and continue to fund the effort.

"We think that based on estimates we've seen that it will take approximately two to two and a half billion dollars a year over ten years to achieve that objective," Stacy said.

And while President Trump can ask for whatever funds he wants, it's up to Congress to decide what the White House actually gets. Congress has until the end of September to draft a plan that the White House will sign onto to fund the government for the next fiscal year.