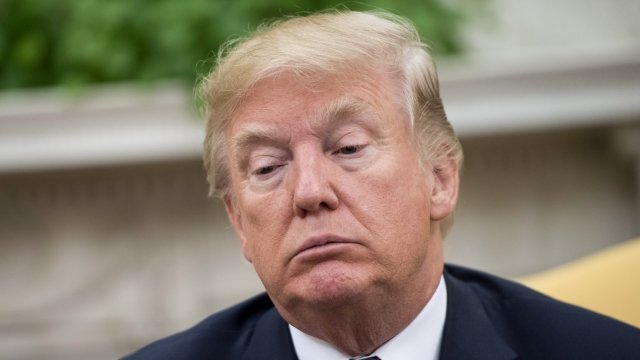 President Donald Trump has made a lot of promises. One of the most consistent has been to "drain the swamp."

But has he made any headway on that? Not much. The president outlined five proposals to reign in lobbying rules in Washington, but only one has been fully implemented.

And more importantly, lobbyists seem like they're having a ball. According to the Center for Responsive Politics, spending on lobbying hit more than $1.6 billion in the first half of 2017. That's the highest since 2012.

One lobbyist put it this way: "I don't think that anything's really changed. If anything, the lobbying business is booming right now."

The president promised to ban administrations officials from lobbying for five years after they exit and to permanently ban those people from lobbying for foreign governments. He's also asked for legislation to close loopholes on what activities are called lobbying and to keep foreign interest lobbyists from giving money to campaigns. Lastly, he's asked members of Congress to put a five-year ban in place before they and their staff can start lobbying after they leave office.

The only one of those promises that's been fully kept? Banning his former officials for lobbying for foreigners; that was done through executive order, and it's not clear how it will be enforced.

Trump will probably need to work with Congress to achieve those other priorities, but it seems like the administration hasn't really publicized working on the issue after the election.

This is only year one of Trump's presidency — and in fairness, he wouldn't be the first not to follow through on a promised crackdown on special interest groups. And Trump's definition of the swamp extends to the entire D.C. establishment; he may not need to go after lobbyists specifically to satisfy his supporters.