Trump's Justice Dept. Pick Would Recuse Himself From Any Clinton Probe 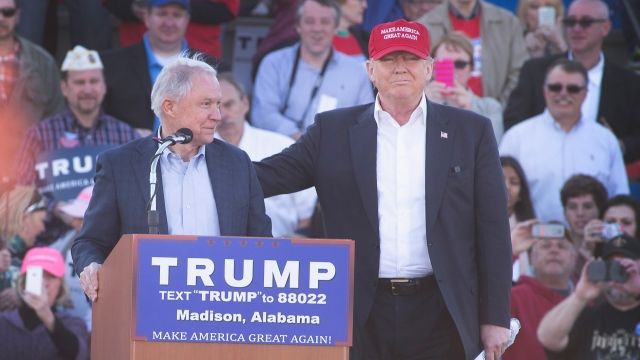 SMS
Trump's Justice Dept. Pick Would Recuse Himself From Any Clinton Probe
By Eugene Daniels
By Eugene Daniels
January 10, 2017
Sen. Jeff Sessions made the promise during his confirmation hearing for attorney general.
SHOW TRANSCRIPT

"I believe the proper thing would be to recuse myself from any questions involving those kinds of investigations," Sen. Jeff Sessions said during his confirmation hearing.

Those investigations would be anything dealing with Hillary Clinton's emails or the Clinton Foundation. And that's Sen. Sessions making a pretty notable promise about his tenure as attorney general if he's confirmed.

"This country does not punish its political enemies, but this country ensures that no one is above the law," Sessions said.

There's been some doubt about Sessions' ability to be impartial about anything relating to former Secretary Clinton. Comments like these made it seem like his mind was already made up:

"I'm uncomfortable with the way the investigation was conducted," Sessions told Fox Business.

"You cannot be secretary of state of the United States of America and use that position to extort or to seek contributions to your private foundation," Sessions said on CNN. 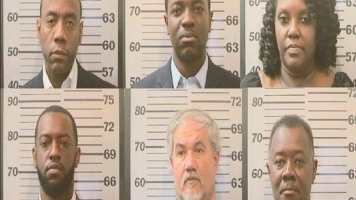 NAACP Protesters Are Released From Jail After The #StopSessions Sit-In

Sessions didn't say future Clinton investigations were off the table, just that he wouldn't be involved. Investigating her was, of course, one of Donald Trump's big campaign promises.

"I am going to instruct my attorney general to get a special prosecutor to look into your [Clinton's] situation," Trump said during a presidential debate.

But Trump did recently signal he wouldn't pursue Clinton after he takes office.