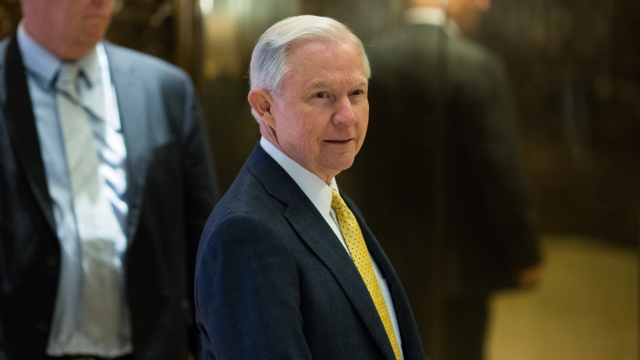 More than half of the U.S. has legalized or decriminalized pot use. But the drug is still illegal under federal law.

But Sessions could throw those guidelines out the window. Federal raids on state-sanctioned dispensaries could destabilize the legal weed industry.

SEE MORE: More People Got Arrested For Pot Than Violent Crimes In 2015

But the war on pot is an uphill battle these days. 60 percent of Americans support some form of legalized pot — including Sessions' new boss.