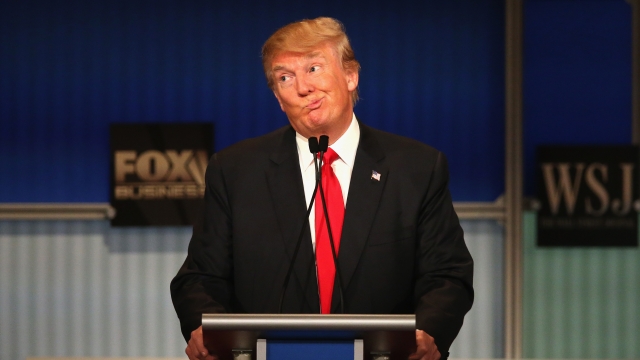 "I don't know what to believe about a guy who doesn't believe in things. This is all a game," Jeb Bush said.

"They'll pay back taxes, they'll have to pay taxes. There's no amnesty. But we work with them," Trump said during a Fox News town hall.

The huge wall between the U.S. and Mexico hasn't gone anywhere, but the possible path to legalization is new and completely out of the Republican establishment's handbook. For more than a year, Trump has been promising to be harsh on immigration. He's called for a deportation force to remove the 11 million undocumented immigrants in the U.S., saying all of them "have to go."

But as he's worked to combat accusations of bigotry and racism and shifts his message to a general election electorate, his tough immigration stance seems to be on the chopping block.

And there are a few people who are probably saying a big "I told you so." Trump's new rhetoric doesn't just sound like Bush's; the path to legalization was also part of John Kasich's platform and something Marco Rubio tried to get passed in the Senate.

And during the crowded Republican primary, Trump's rivals said this exact thing would happen. Ted Cruz put it this way: "Donald will betray his supporters on every issue. If you care about immigration, Donald is laughing at you."

And though they all lost the primary to the billionaire, there's probably a sense of vindication washing over more than a few of those Republicans now.