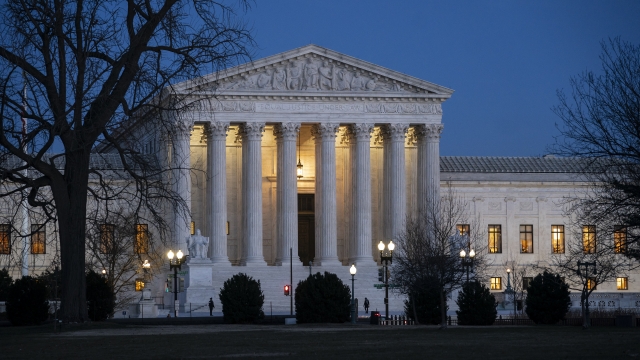 The Supreme Court is hearing a case Tuesday on President Trump's power to say "you're fired" to heads of certain agencies.

The case involves agencies set up specifically to limit interference from the White House. The court is hearing arguments challenging these independent agencies and whether limits on a president's ability to fire the heads of those agencies are unconstitutional.

The agency at the center of the case, the Consumer Financial Protection Bureau, was the idea of presidential candidate Sen. Elizabeth Warren and created by President Obama to protect consumers after the 2008 financial crisis.

The Trump administration is joining the California law firm Seila Law, which is challenging the constitutionality of the consumer protection bureau after the agency attempted to investigate them. The law firm has lost twice in lower courts.

The Trump administration argues that the constitution gives presidents unlimited authority to fire anyone regardless of reason. Defenders say safeguards are necessary to prevent agencies like the consumer protection bureau from bowing to political pressures.

The court decision could affect independent agencies like the Federal Reserve and the Federal Trade Commission.