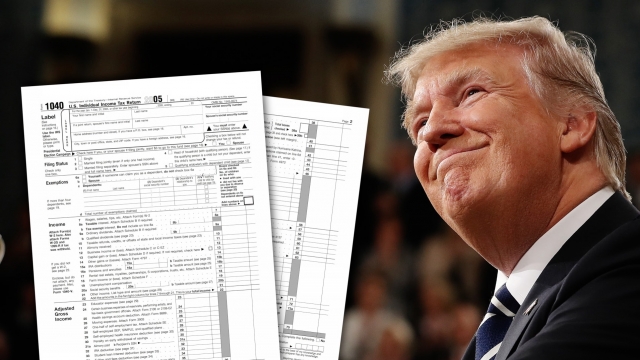 Specifically, Maddow presented a 1040 form Trump filed in 2005, obtained by investigative journalist David Cay Johnston. The return shows Trump made $150 million that year, and he paid $38 million in taxes.

Presidential candidates normally release their tax returns during the campaign. But Trump refused to do so, citing both an ongoing audit and a lack of public interest.

White House counsel Kellyanne Conway told ABC, "He's not going to release his tax returns. We litigated this all through the election. People didn't care; they voted for him."

And Trump said during a press conference, "You know, the only one that cares about my tax returns is you reporters." 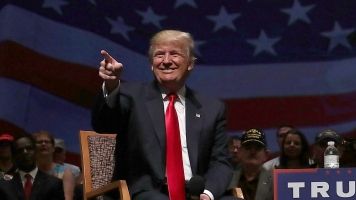 Congress Could Investigate Trump's Taxes, But Republicans Won't Let It

But Trump's taxes have caused him political problems before. When The New York Times obtained a fragment of Trump's 1995 returns, his opponent pounced on the revelation that Trump could have avoided paying federal taxes for years.

The White House responded by accusing MSNBC of violating the law to boost their ratings.