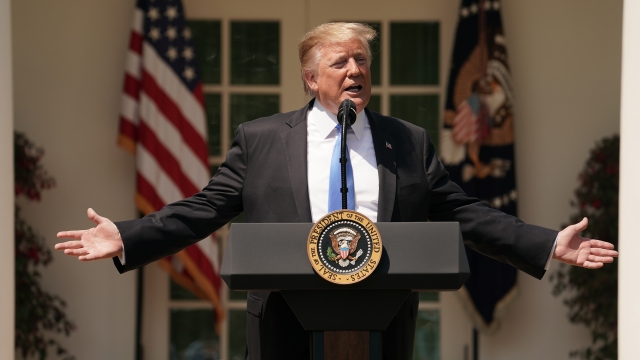 A new rule from the Trump administration is making it easier for health care workers to deny services such as abortion, sterilization or assisted suicide if they cite a religious or personal belief.

President Donald Trump said the rule protects "physicians, pharmacists, nurses, teachers, students and faith-based charities." He made the announcement Thursday during a speech at the White House Rose Garden on the National Day of Prayer.

"Together, we are building a culture that cherishes the dignity and worth of human life," Trump said. "Every child born and unborn is a sacred gift from God."

The Department of Health and Human Services said the new policy replaces a 2011 rule that is "inadequate." Critics say the new rule could make it harder for women to get emergency abortions or access contraception.

The agency's director, Roger Severino, said, “This rule ensures that health care entities and professionals won’t be bullied out of the health care field because they decline to participate in actions that violate their conscience, including the taking of human life."