Trump Revokes California's Ability To Set Its Own Emissions Standards 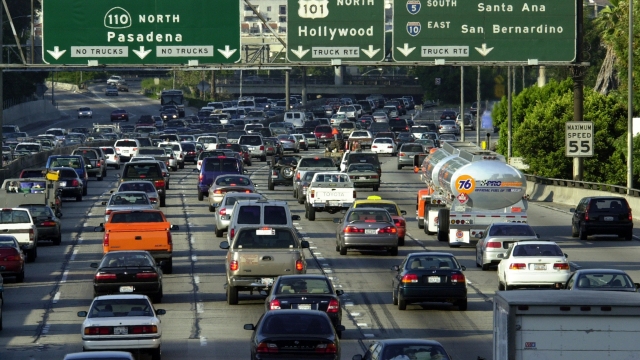 The Trump administration is revoking California's authority to set its own fuel efficiency standards.

President Donald Trump announced the move on Twitter Wednesday. He said the decision was made "in order to produce far less expensive cars for the consumer, while at the same time making the cars substantially SAFER."

The news comes soon after the Justice Department opened an investigation into a deal between California and four automakers. That deal set tougher fuel economy standards than the ones proposed by the Trump administration.

In July, Ford, Honda, BMW and Volkswagen all reached a deal with California to reduce emissions by 3.7% a year from 2022 to 2026. That side-stepped the Trump administration's plan to freeze emission and fuel economy standards adopted under President Obama.

According to the Washington Post, the state's already had a lasting impact on national emissions rules. Several emissions control strategies that are now standard, like catalytic converters and "check engine" systems, were first adopted by California.

The EPA reportedly wants to eventually establish one nationwide set of emissions standards. That could force auto companies to choose between California's rules or the federal government's.