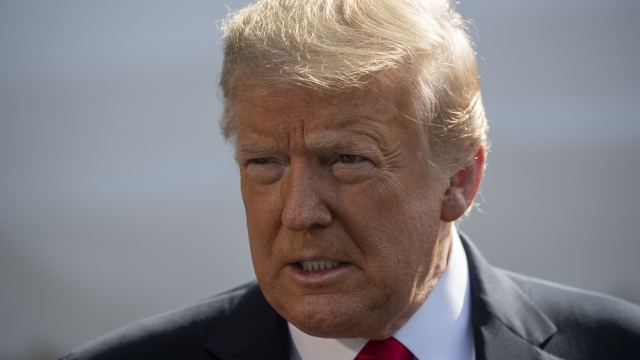 President Trump deleted a retweet Sunday after he shared a video which included one of his supporters yelling "white power."

In the Twitter video, the president's supporters are shown parading in golf carts through a central Florida retirement community. When they pass counter-protesters, a man arguing for President Trump shouts the slogan. The video also featured elderly protesters labeling the president a "racist," a "Nazi," and using expletives.

In his retweet, President Trump called his supporters "great people" but the post was taken down shortly after Sen. Tim Scott — the only Black, Republican senator — called it "indefensible."

White House spokesperson Judd Deere said in a statement Trump did not hear the white power shout and was instead focusing on the "tremendous enthusiasm from his many supporters” during the parade, which reportedly occurred about two weeks ago.

The president's retweet comes amid ongoing protests over racial injustice following the death of George Floyd, a Black man who died after a Minneapolis police officer knelt on his neck in late May.