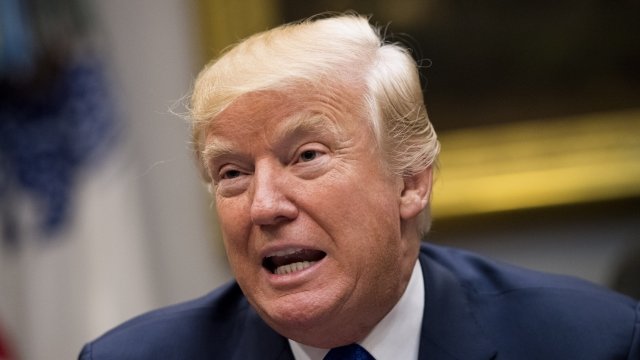 SMS
Trump Retweeted Anti-Muslim Videos Posted By A Far-Right Group Leader
By Lindsey Pulse
By Lindsey Pulse
November 29, 2017
White House press secretary Sarah Sanders defended the videos and said, "The threat is real, and that's what the president is talking about."
SHOW TRANSCRIPT

President Donald Trump retweeted a series of anti-Muslim videos Wednesday from a leader of the group Britain First.

Britain First is a far-right, ultranationalist group in the U.K. It touts its opposition to immigration, political correctness and "destructive political or religious doctrines," including Marxism, Liberalism, National Socialism and Islam.

The videos Trump retweeted were posted by the group's deputy leader, Jayda Fransen. The unverified videos purported acts of violence. It's unclear whether the perpetrators in the videos were Muslim as Fransen claims.

Fransen was found guilty of religiously aggravated harassment in 2016 for "hurling abuse" at a Muslim woman wearing a hijab.

Trump's actions sparked outrage in the U.K. Many condemned him on social media, saying his retweets give Fransen and Britain First a platform. The president currently has over 43 million followers. 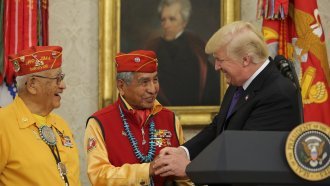 A spokesperson for U.K. Prime Minister Theresa May said it's "wrong" of Trump to share the anti-Muslim videos.

Britain First applauded Trump for the retweets and updated its Facebook cover photo to an image of him.

When asked if it matters whether the videos are fake, White House press secretary Sarah Sanders said, "The threat is real, and that's what the president is talking about."