After Criticizing Leaks, Trump Retweeted A Story With Classified Info 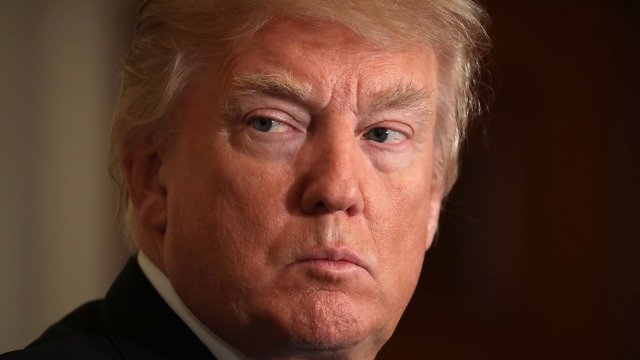 By Grant Suneson
August 8, 2017
President Trump retweeted a Fox News story with classified information in it. Last week, his administration pledged to crack down on leaks.
SHOW TRANSCRIPT

After the Trump administration promised to crack down on leaks from the government, President Donald Trump retweeted a Fox News story that contained classified information.

Fox News cited anonymous U.S. officials in a report about North Korea moving anti-ship cruise missiles onto one of its boats.

United Nations Ambassador Nikki Haley said that information shouldn't have been made public.

"What can you tell us about that?" "Fox and Friends" host Steve Doocy asked about the report.

"I can't," Haley said. "I can't talk about anything that's classified, and if that's in the newspaper that's a shame. ... It's incredibly dangerous when things get out into the press like that. You're not only just getting a scoop on something, you're playing with people's lives."

This report comes just a few days after Attorney General Jeff Sessions promised to combat leaks. He said he's considering changes to DOJ policies that would make it easier to subpoena journalists who obtain leaked information to try to determine their sources. 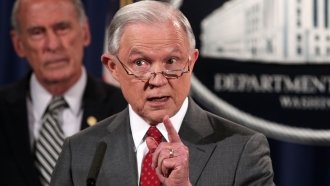 To Stop Leaks, The DOJ May Subpoena The Reporters Who Publish Them

"Classified information, by definition, is information that, if disclosed, would do harm to national security. … We are taking a stand. This culture of leaking must stop," Sessions said at a press conference.

Trump has praised Sessions for the new initiative to stop leaks for the sake of national security.

Fox News has gotten leakers in trouble with its North Korea coverage before. A State Department contractor pleaded guilty to leaking classified info about the hermit kingdom's nuclear tests to Fox in 2009. He was sentenced to more than a year behind bars.

U.S. presidents can declassify any information they want, but it's unclear why Trump would retweet a story that relied on the leaks he said he opposed.

Trump has been vocal about North Korea, praising a unanimous U.N. Security Council resolution to sanction the country amid increasingly frequent missile tests.