Trump Wants A Line Item Veto ... But What Is It? 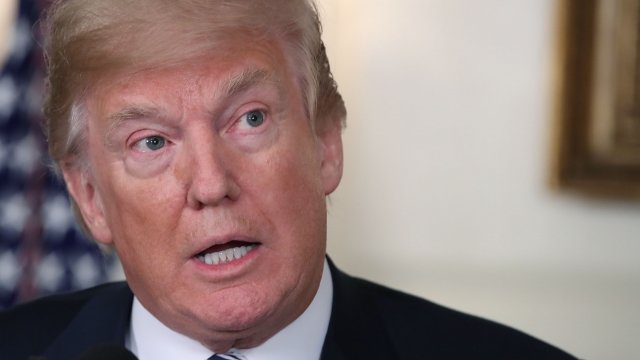 But what exactly is a line item veto? In short: It's a power given to elected officials to omit individual provisions of a bill instead of vetoing the whole thing. The president currently doesn't have that power, but it wasn't always this way.

The Line Item Veto Act became law in 1996. With the authority, presidents could scratch any item from a bill that fell into these three categories: any dollar amount of discretionary budget authority, any item of new direct spending or any limited tax benefit.

In 1997, former President Bill Clinton was the first to exercise the authority.

But in 1998, the Supreme Court ruled the line item veto unconstitutional in the case of Clinton v. City of New York.

Trump wants that power back. He said the more than 2,200-page spending bill had items he argues are a "waste of money."