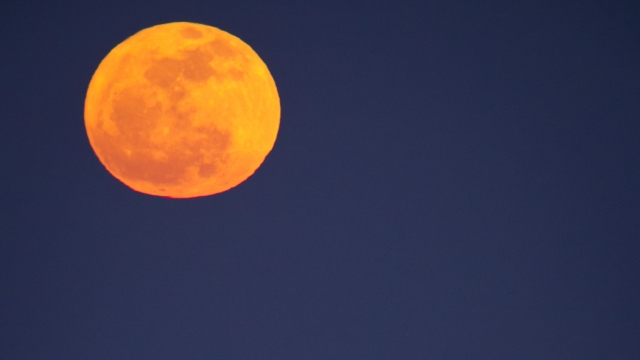 The additional funds would kick-start NASA's plans to send astronauts back to the moon by 2024.

The Trump administration is asking Congress to add $1.6 billion to NASA's budget next year. The additional funds would kick-start NASA's plans to send astronauts back to the moon by 2024.

President Donald Trump announced the proposed increase on Twitter Monday. It would bring NASA's budget for the 2020 fiscal year to $22.6 billion.

NASA Administrator Jim Bridenstine said the extra money would be a "down payment" on NASA's efforts and will allow the agency to "move forward with design, development and exploration."

The budget increase needs the thumbs up from Congress before it can go into effect. But Bridenstine told reporters he's confident the request will get support from both sides of the aisle.

NASA previously planned to send a manned spacecraft back to the moon by 2028. But in March, Vice President Mike Pence said the administration decided to fast-track those plans.

The bigger budget would also include funding for NASA's Space Launch System rocket project and the Orion capsule, which would take astronauts to the moon and other places in deep space.