Trump: Republicans Opposed To My Campaign Are 'Taking Advantage' Of US 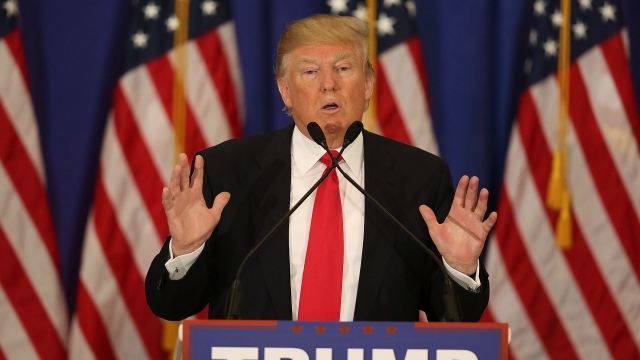 SMS
Trump: Republicans Opposed To My Campaign Are 'Taking Advantage' Of US
By Briana Koeneman
By Briana Koeneman
March 10, 2016
During a Fox News town hall Wednesday, the GOP front-runner accused Republican lawmakers opposed to his campaign of "taking advantage of our country."
SHOW TRANSCRIPT

Donald Trump says he believes Republican lawmakers who are opposed to his campaign are "taking advantage of our country."

During a Fox News town hall Wednesday, the Republican presidential front-runner addressed the American Enterprise Institute World Forum, which took place at a private island resort off the coast of Georgia over the weekend.

The gathering was reportedly attended by the likes of Senate Majority Leader Mitch McConnell, House Speaker Paul Ryan and other Republican congressmen.

And apparently, the main topic was how to stop Trump.

But despite the intensifying resistance to his campaign among Republican leaders, Trump easily defeated his GOP rivals in the Michigan and Mississippi presidential primaries Tuesday and won the Hawaii caucuses.

This video includes clips from Donald J. Trump for President, Inc. and CNN and images from Getty Images.