Trump Reportedly Wants To Withdraw US Troops From Afghanistan 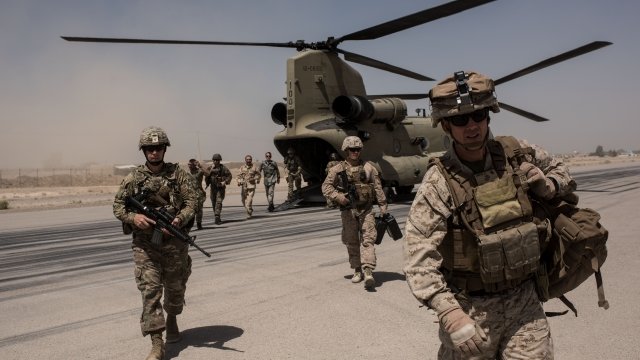 Late Thursday, news outlets began reporting the Trump administration plans to order the military to withdraw at least half, or 7,000, troops stationed there. Some news outlets, like NBC News, reported the White House asked the Pentagon to come up with a range of options for removing troops from the country, including withdrawing all 14,000 of them.

Unnamed defense department officials say the Pentagon's plans are due after the new year and removing thousands of military personnel could take months.

President Trump reportedly decided to do this on Tuesday, the same day he decided to remove all troops from Syria.

Most U.S. troops stationed in Afghanistan are part of a NATO mission called Resolute Support. That mission is focused on training, advising and assisting Afghan forces.

Earlier this week, there were unconfirmed reports U.S. officials were meeting with Taliban leaders to discuss possibly ending the 17-year war, which began soon after the September 11th terrorist attacks.