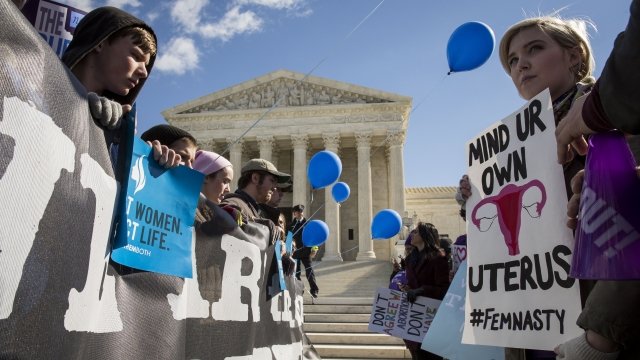 The Trump administration announced it's moving forward with a rule that would effectively ban abortions at facilities that receive federal family planning funding.

The rule is reportedly similar to a Reagan-era rule that didn't go into effect as written. But the Supreme Court at the time ruled the executive action was appropriate. 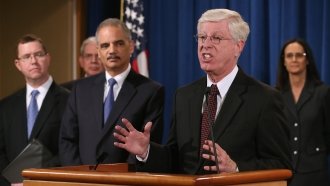 Reports like ours originally predicted the policy would include a so-called "gag rule" denying federal funding to organizations that discuss abortions with patients. The White House says the proposal doesn't include a gag rule. It does require organizations that get Title X family planning funds to be physically and financially separate from facilities that perform or refer patients for abortions.

As one Trump administration official told CNN, "Any grantees that perform, support or refer for abortion have a choice — disentangle themselves from abortion or fund their activities with privately raised funds."

Social conservatives see the policy as a win. But critics argue it will hurt low-income patients.

Correction: A previous version of this story said federal funding would also be denied to providers that discuss abortion with their patients. In a statement, the White House said this is not the case: "Contrary to recent media reports, HHS's proposal does not include the so-called 'gag rule' on counseling about abortion that was part of the Reagan Administration's Title X rule," it reads.