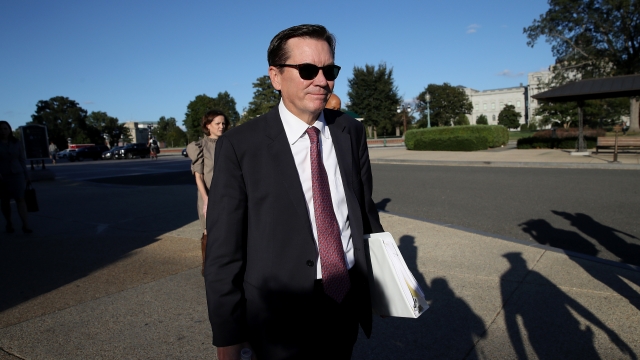 President Donald Trump has reportedly brought up the possibility of firing Intelligence Community Inspector General Michael Atkinson, according to The New York Times.

Atkinson was the one who originally deemed the anonymous whistleblower's complaint about the president's interactions with his Ukrainian counterpart to be credible. The inspector general then reported the complaint to Congress in September, calling it a matter of "urgent concern."

Sources told the Times that President Trump first raised the idea of dismissing Atkinson around that time. The president's reportedly brought the topic up to his aides several times since.

Two of the four people the Times talked to did stress that President Trump was only venting each time. They say he's not actively considering firing Atkinson.

But President Trump does want Atkinson to publicly testify as part of the House impeachment inquiry. Atkinson answered questions in a closed-door deposition with the House Intelligence Committee last month.