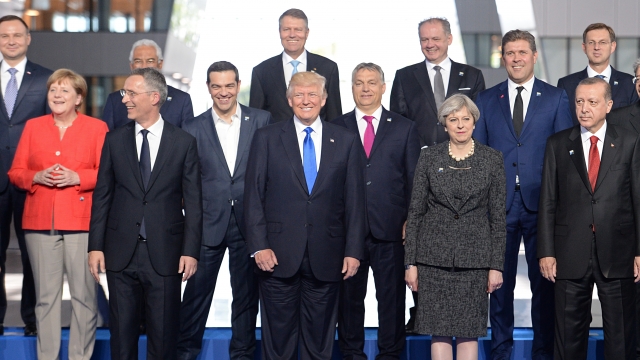 SMS
Trump Reportedly Says Germans Are 'Bad, Very Bad' At NATO Meeting
By Grant Suneson
By Grant Suneson
May 25, 2017
President Trump used a NATO meeting to criticize its members for not spending enough and to complain about trade deficits.
SHOW TRANSCRIPT

President Trump has been on the attack against some of America's key allies during his first foreign trip in office.

After a meeting with NATO allies, some participants told German paper Der Spiegel that Trump said, "The Germans are bad, very bad."

Trump specifically pointed to the auto market, saying he wanted to stop German automakers from selling as many cars in the U.S. He threatened a 35 percent tax on BMW, which produces some of its cars in Mexico. 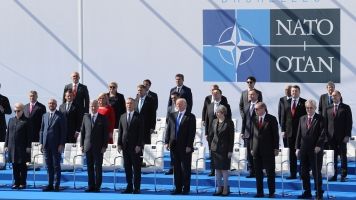 A hallmark of Trump's foreign policy has been criticizing allies for what he calls unfair deals.

He said the U.S. should renegotiate NAFTA because of its $63 billion trade deficit with Mexico in 2016.

And just before the meeting, he chastised NATO members for not contributing enough money to the organization during an event memorializing its members' unity after the Sept. 11 attacks.

"Twenty-three of the 28 member nations are still not paying what they should be paying and what they're supposed to be paying for their defense," Trump said at a speech in Brussels, Belgium.