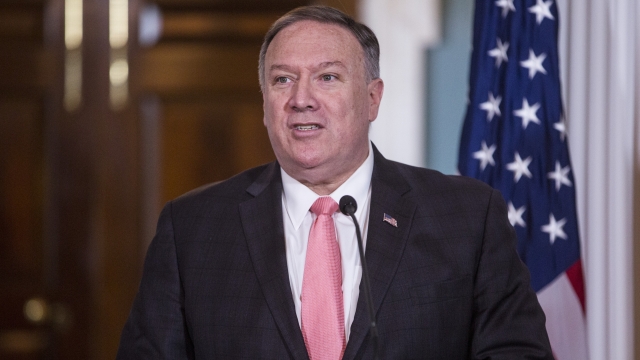 Secretary of State Mike Pompeo's role in the Trump administration might end up expanding.

A senior administration official told CNN the White House is considering giving the role of national security adviser to Pompeo as well.

Former national security adviser John Bolton turned in his resignation Tuesday. He was asked to resign by President Trump.

If the president does tap Pompeo to perform both jobs, the situation wouldn't be unprecedented.

Henry Kissinger previously served as both secretary of state and national security adviser during parts of the Nixon and Ford administrations.

President Trump told reporters Wednesday he's considering five candidates to replace Bolton. At least two of the names being floated are aides to Pompeo: Steve Biegun, who's the U.S. Special Representative to North Korea, and Brian Hook, who serves as the U.S. envoy to Iran and Pompeo's senior policy adviser.

Politico reported Paula Dobriansky, who served as under secretary of state for global affairs during the George W. Bush administration, and Fred Fleitz, a former intelligence official and the president and CEO of the Center for Security Policy, are also in the mix. President Trump's said he expects to announce his pick next week.