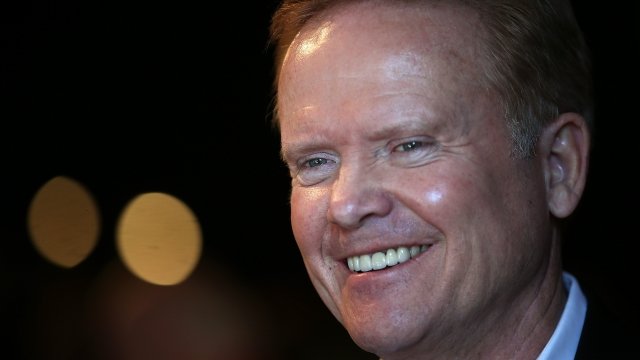 President Donald Trump could tap a former Democratic senator from Virginia to be the next defense secretary.

Now, Webb might seem like an odd choice for Trump, considering he's a member of the opposite political party.

But his views on key issues, like pulling U.S. troops from Iraq and cracking down harder on China, match up with Trump's own ideas.

Webb graduated from the Naval Academy in 1968 and served in Vietnam as a rifle platoon and company commander. He was awarded several prestigious military honors, including the Navy Cross and two Purple Hearts.

President Ronald Reagan appointed Webb as assistant defense secretary in 1984, and he went on to become secretary of the Navy a few years later.

Webb later switched political parties and ran for the U.S. Senate as a Democrat in 2006. He also briefly ran for president during the 2016 election.

As of Friday morning, Webb had yet to comment on the reports.