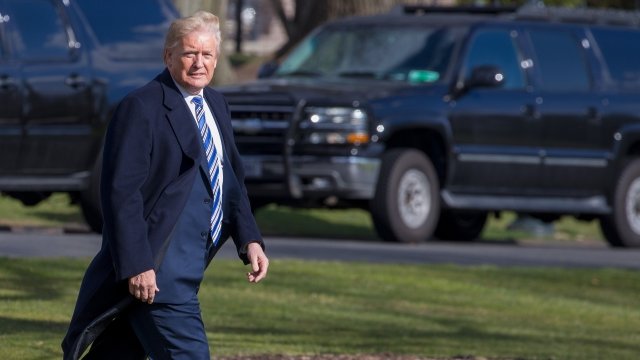 President Donald Trump may be preparing to expel Russian diplomats as early as Monday.

Multiple outlets report the president's National Security Council recommended he expel the diplomats in response to the poisoning of a former double agent in the U.K. Trump's reportedly considering it but wants European nations to take similar steps.

U.K. Prime Minister Theresa May and other world leaders blamed Russia for the attack on former spy Sergei Skripal and his daughter. May expelled 23 Russian diplomats as punishment.

Trump said earlier that the U.S. stood in solidarity with the U.K. and that Russia needed to provide answers in regards to the attack. But, he didn't condemn the country outright. Trump also faced heavy criticism after congratulating Russian President Vladimir Putin on winning his fourth presidential election, which many experts say was neither free nor democratic.