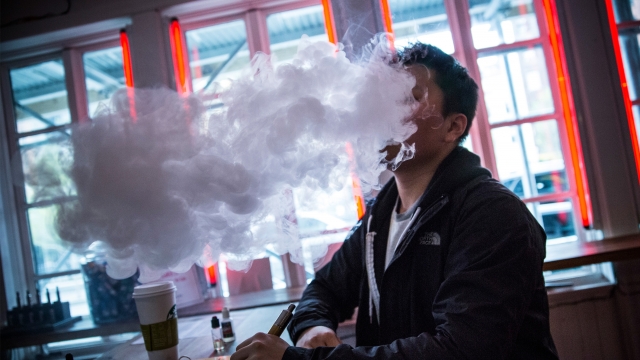 President Donald Trump is reportedly backing off plans to ban most flavored e-cigarettes.

The president and Health and Human Services Secretary Alex Azar announced initial plans for the ban in September.

"We can't allow people to get sick, and we can't have our youth be so affected," President Trump said.

"So, with the president's support, the Food and Drug Administration intends to finalize a guidance document that would commence enforcement to require that all flavors, other than tobacco flavor, would be removed from the market," Azar said.

But since then, the Trump administration hasn't made any more announcements. Both The New York Times and The Washington Post say that's because President Trump decided to reverse course after warnings about potential job losses and voter backlash.

The president's advisers reportedly convinced him to change his mind about the ban while on a flight to a campaign rally in Kentucky earlier this month. President Trump then canceled the administration's planned announcement that had been scheduled for the next day.

The Centers for Disease Control and Prevention says more than 2,000 cases of vaping-related lung injuries have been reported to the agency across 49 states. And at least 42 deaths have been linked to vaping.

A White House spokesman refused to comment to The Washington Post about President Trump's reported reversal of the ban, saying, "We are in an ongoing rule-making process, and I will not speculate on the final outcome."