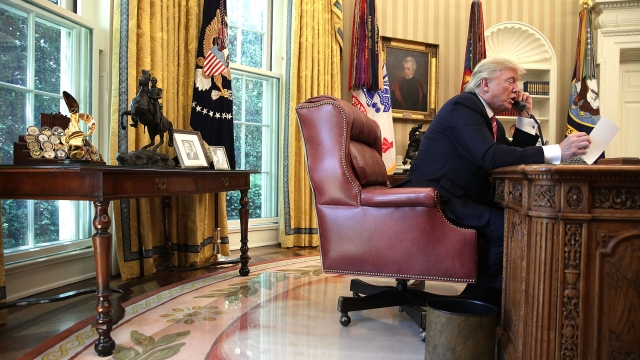 Details about the Trump-Biden-Ukraine scandal keep trickling out.

Multiple media outlets report that, before his call with the Ukrainian leader, President Trump asked acting chief of staff Mick Mulvaney to withhold nearly $400 million in aid. That request was reportedly made in mid-July, but ultimately, the Trump administration released the funds on Sept. 11.

The timing of the delayed money is important because of how it could fit into the bigger picture. If President Trump did pressure the Ukrainian president to investigate Joe Biden and his family, the withheld aid hypothetically could have been used as leverage.

The president denies linking aid to a Ukrainian investigation of the Bidens.