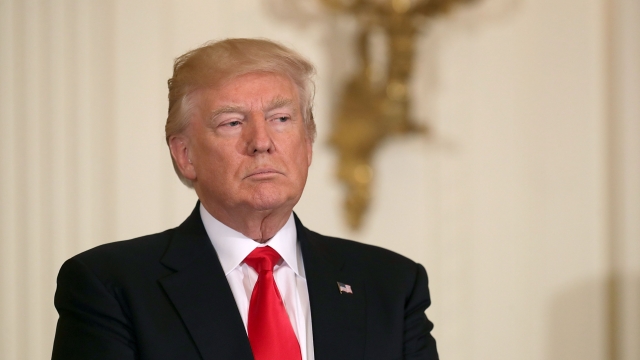 SMS
Trump Reportedly Asked Intel Chiefs To Deny Evidence In Russia Probe
By Ethan Weston
By Ethan Weston
May 22, 2017
One official told The Washington Post the president wanted to "muddy the waters" about the Russian investigation.
SHOW TRANSCRIPT

President Donald Trump reportedly asked two of the nation's top intelligence officials to deny there was any evidence of collusion between his campaign and Russia in 2016.

But both refused and reportedly thought the request was inappropriate. The nation's intelligence agencies are supposed to be nonpartisan entities.

One senior intelligence official told The Washington Post that Trump was hoping to "muddy the waters" about the FBI probe.