Trump Reportedly Agrees To Keep Troops In Syria — For Now 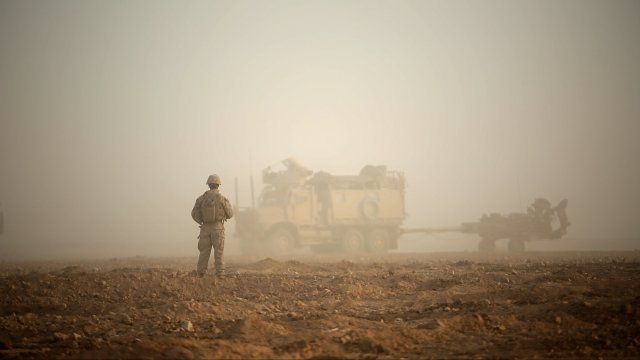 U.S. troops are reportedly staying in Syria — at least for now.

A senior administration official told NBC that President Donald Trump made the decision to keep U.S. troops in Syria on Tuesday while meeting with his national security team.

Trump's publicly stated he wants to start withdrawing troops from the region. But Defense Secretary Jim Mattis and other officials were reportedly able to convince the president the battle against ISIS is not over yet. 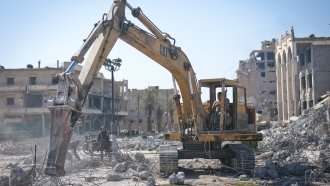 The news reports come after Director of National Intelligence Dan Coats said a decision was made at that Tuesday meeting on what to do in Syria. He did not elaborate.

White House press secretary Sarah Sanders released a statement Wednesday about the situation in Syria, but it did not mention anything about troop removal or when that might happen.

In December, the Pentagon revealed there are about 2,000 U.S. troops stationed in Syria.